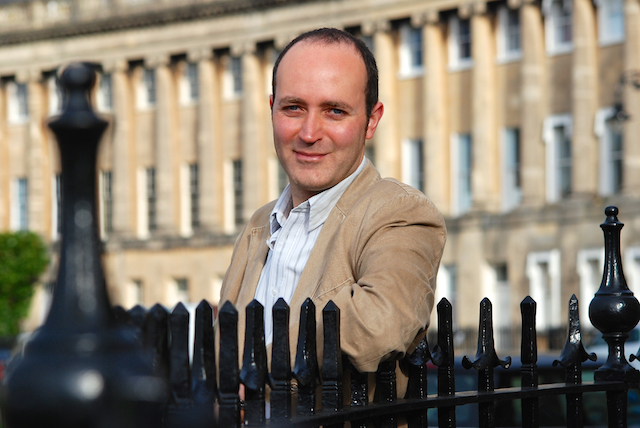 I work in the technology sector. I studied computer science at university and came to Bath to work for a rapidly growing start-up. Since then I’ve worked in everything from Bath’s largest IT company to some of its smallest. I’ve worked directly with various organisations including NHS bodies, the Home Office, the Cabinet Office, Highways Agency, Environment Agency and police agencies. This has given me hands-on experience of the various issues they face - something that is rare in many of today’s ‘professional politicians’ or single issue parties.

I have a long-standing interest in politics which has only grown over time. I believe that most political parties have forgotten about what really matters - the ordinary people, the world we live in, and the quality of our lives. The wishes of the people are largely ignored by most politicians today. I decided that being elected was the best way to give people a voice and protect what we all care about.

I am appalled at what the Conservatives and Liberal Democrats are doing to our NHS. It has just been confirmed again that the NHS is the best healthcare system in the world, yet this government has spent billions privatising it and handing huge chunks of it to their donors in private healthcare. 70% of NHS contracts have gone to the private sector, against the wishes of the electorate. If nothing changes there will be no NHS left by 2020. However, I will not let it go without a fight. In November 2012 I was elected as a Governor of the Royal United Hospital in Bath. I promised to fight any and all privatisation. If elected, I will do the same in the Commons. Universal, free healthcare, run as a service and not for profit, is not just fundamental to my beliefs but demonstrably the most efficient system. We must not let the profiteers take it from us.

Rights and institutions that have been fought for and hard-won by years of progressive politics are being eroded or destroyed. The poor and vulnerable are demonised, state help is being massively reduced, and millions are having to go to food banks simply to survive. At the same time, the wealthiest have seen that wealth vastly increase and their taxes reduced. Those losing out are being set against those who have even less. This is entirely unjust, unfair and immoral.

It is important that the people of Bath are represented by someone who lives and works in their city. People are becoming disillusioned with politics and it’s not hard to see why - we see professional politicians flown-in to cities to fight elections. I am a conviction politician - I want to do what is best for you - not what a party whip tells me to, and not what a rich donor commands.

I am standing for the Green Party as it is the only main party that is fighting for ordinary people. We don’t depend on corporate donations and I believe any party that does has a massive conflict of interest when it comes to deciding policy. My politics, and that of the party, are based on evidence, not lobbying and an unsustainable economic model - a world based on cooperation and democracy that would prioritise the many, not the few, and would not risk the planet’s future with environmental destruction and unsustainable consumption.

You can find out more about me on my Web site - dominictristram.com