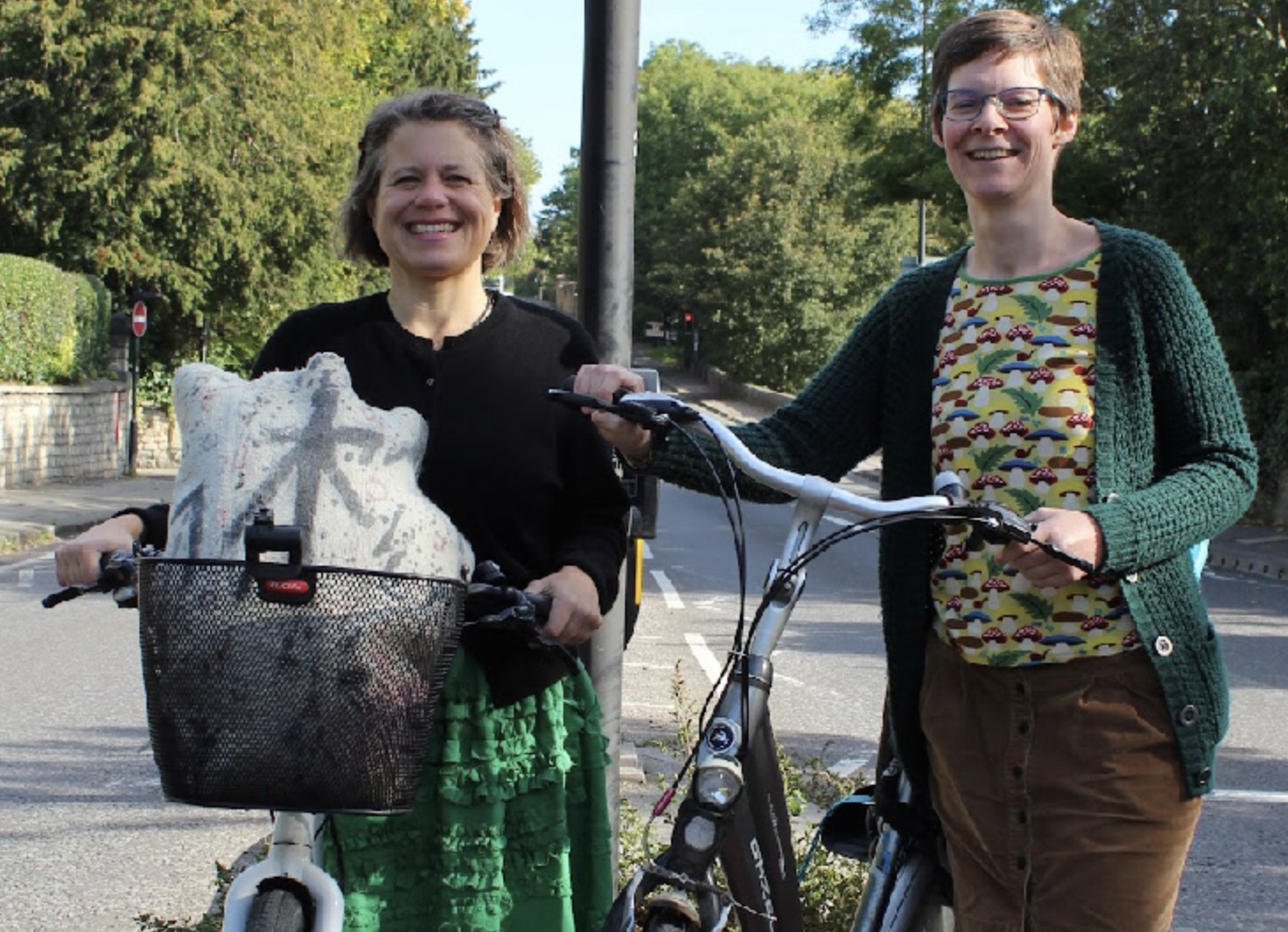 Bath resident, Saskia Heijltjes has recently been selected by BYCS to be the first Bicycle Mayor for Bath. Saskia is a keen cyclist who has recently organised several Kidical Mass cycle ride events in the city centre which have been widely attended by many calling for “safer streets”. The rides are intended to show that children are traffic too, and to make the case for everyday journeys by bike for all ages.

The role of the Bicycle Mayor is an independent and voluntary position. Bicycle Mayors do not represent any single organisation or political group and are able to truly act on behalf of all city stakeholders, listening to and uniting them to improve the state of cycling in their city.

As the sole Green councillor in Bath, Cllr Joanna Wright was delighted to endorse the recent application by Saskia to represent Bath as Bicycle Mayor.

Councillor Joanna Wright said “Saskia Heijltjes is clearly the right candidate for this position and is committed to accelerating the progress of cycling in Bath and will seek to make positive changes for cycling as Bicycle Mayor.

Saskia has already shown commitment and passion in the last few months, with her ability to bring various communities together through cycling. Kidical Mass in Bath began with a handful of activists wanting change. This event has now met 4 times bringing together residents of all ages to demonstrate to local and national politicians the need and desire by many for the delivery of better cycle infrastructure. Kidical Mass Bath has already brought a wide range of people together of all ages and backgrounds in a positive and enjoyable way to achieve these aims.

Saskia fully appreciates and understands the many reasons why safe cycle infrastructure and education is needed. Improving cycling infrastructure, access and inclusiveness also enables people to move around which in turn leads to - social justice, public health and combats the effects of the climate crisis.”

Saskia said: “As a Bicycle Mayor, I want to build on the strengths of Kidical Mass as a positive event to inspire other families to take up cycling and to combat stereotypes. I will use the event as a platform to engage with decision makers and campaign for safe infrastructure for everyone, so that more people can choose to cycle.”

The next Kidical Mass ride will be a Halloween-themed ride starting from Orange Grove at 5pm on Saturday 30th October 2021. Everyone is welcome to join.