Larkhall Festival Poetry Competition on Nature and the Environment

Fourteen winners were chosen from over one hundred poems entered in the first Larkhall Festival Poetry Competition on Nature and the Environment.  The competition was organised by Green Party Cllr Lin Patterson, of Lambridge ward, with help from James Thomas, of The Beaufort Bookshop and Jean Goodhinde, local author.


The prize-giving event was held at the Rondo Theatre on Sunday May 6th where poems were read out by authors aged two to ninety three, to much applause.  Poems were judged in four age groups and were often accompanied by colourful illustrations.  Each winner received a small solar light, obtained from the charity Solar Aid, who  provide solar lighting to Africa, replacing kerosene lamps which produce unhealthy fumes and burn fossil fuel.
Lin Patterson said, “This was a joyful project.  It was inspiring to read all the the lovely poems, and very hard to choose the winners from so many good entries.  I wanted to stimulate people to write and listen to poetry on this subject because poetry requires us to slow down to think and feel, which is what we all need help to do in facing the challenges in the environment.  Many of the poems celebrated spring, and new life, but the variety was astounding, just like the incredible variety of life we need to protect.” 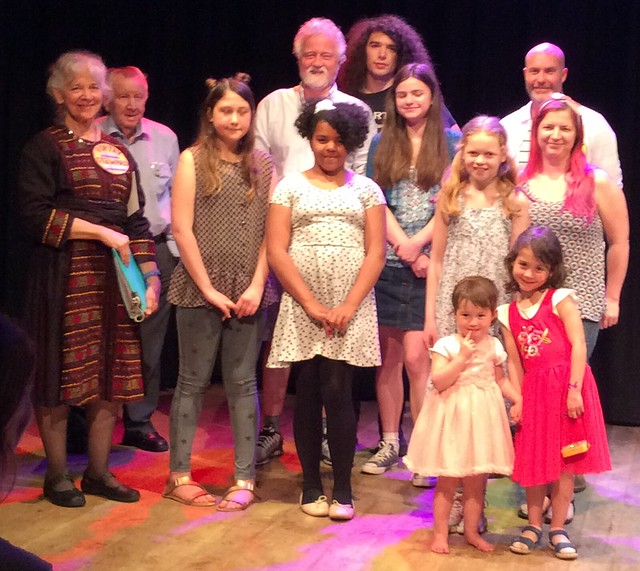